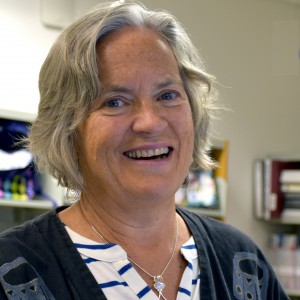 I’ve worked for the Vancouver Island Regional Library for 30 years and love so many aspects of my job. I really enjoy working with my colleagues and serving the public. I have a passion for helping people, especially those who struggle with reading. It’s so rewarding when I can find a book that will interest them and they enjoy reading so much they’ll be back for more. Reading is a wonderful gift.

Our library has a warm and inviting atmosphere. Being a public place we see all walks of life and everyone is welcome. People come here for more than just a good book to read, help with finding information or computer access. They will meet up with acquaintances and are comfortable to take the time for a visit.

Our community has a lot of senior residents and we are grateful to have the time to share our knowledge and advice. On the other hand, I performed story time for 9 years and had great joy welcoming the young ones to a memorable library experience. I’m enjoying the lasting friendships I’ve made over the years.

Library workers throughout the system are very unhappy with the way the employer is treating us. This is the first time in my 30 years while working with this library I’ve experienced such turmoil. I encourage the Library Board members to visit their local library branch and talk to the staff first hand.

The frontline staff are the heartbeat of this library system and would like to feel appreciated by our employer. 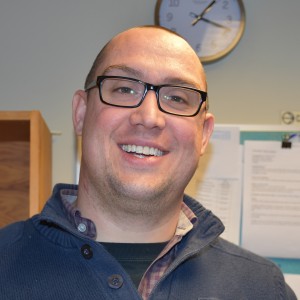 One of our challenges at the Courtenay Branch is responding to disadvantaged and homeless people and those with mental health issues or addictions. Many of these people don’t have anywhere else but the library to go to during the day. It’s finding that fine line between a public place that everyone’s entitled to and obeying the library rules. Some of them may have been out in the cold all night and not gotten a good night’s sleep. But at the same time you can’t use the library as a flophouse. My immediate manager is really great – she’s proactive and engaged, and hosts the Comox Valley Homeless Association at the library. We’ve had some training but we need to learn how to engage with someone who clearly has mental health issues, when we need to call the police. It’s about that fine line.

For me libraries are so much more beyond just books. It’s the information and providing free universal access to information. It’s working in a community space, a public space or commons.  I love that aspect and interacting with the public. I also have a degree in history and really enjoy the little bit of reference I get to do. I take a lot of pride in the work I do. 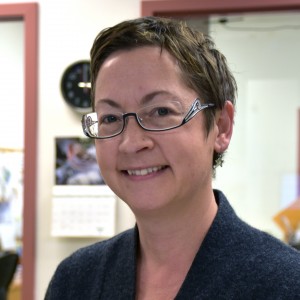 I’ve worked here for nine years and I really enjoy the people. This is a great job for meeting everyone in your community, and you develop relationships with them after a while. It’s a big part of the joy of my job.

Libraries are important as a gathering place, a hub.  A place to access information is really, really important. It’s not just as simple as looking for facts in books, there are a lot of people who don’t have computers or internet access at home. So coming to the library is something they need to do. Filling out forms online is a fact of life. They need to request their items through us or they need to use our public access computers because they don’t have the means to have computers themselves.

I love working here.  I have been using the library since I was a little girl, so some of the people I now work with have been a part of my life for a long time. It’s a real pleasure to work with them, they’re excellent colleagues. I respect them and enjoy their company. 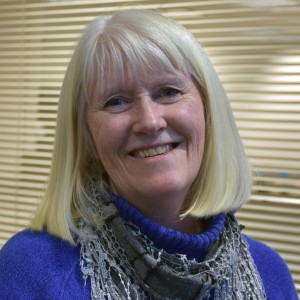 I’m a great believer in literacy – promoting literacy and the love of reading and literature. I love that the library is a place that is the great equalizer. It doesn’t matter who you are or how much money you have, you can come and enjoy the library and find something to learn or enjoy. For many people it’s their only way to access technology and communication. It’s very satisfying work. I’ve worked with the library for 22 years.

I am the liaison for the Books by Mail program. I sign up customers for a Books by Mail card, assessing their eligibility for one, and deal with any problems that may arise. Books by Mail serves members of the public who live in a remote location with no access to a library. This includes people who live on islands with no libraries, people who live in lighthouses and in fishing camps, etc. They are very appreciative of having access to our services.  Most people order their books online but they also send in requests for something they’ve enjoyed. The request comes through me and I pass it on.

I love the variety of my job, dealing with different people. A lot of customers get to be friends and I’ve watched my story timers grow up to be readers. I love books and I love people and I appreciate the ever-growing access to technology the library offers. It’s always interesting and every day is different. 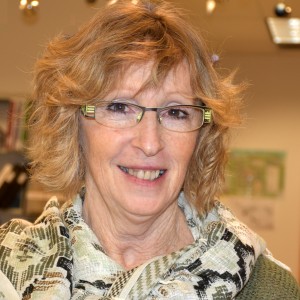 I enjoy the people I meet every day at work. I’ve been in the same branch for 28 years and have seen the children that I used to have in story time as three year-olds grow up and become parents, bringing their own children back. It’s like a community, like a family.

I enjoy making even a small difference in somebody’s life whether it’s finding a book they want and sending them home happy, or finding information that they need.

I live here in the community and often run into somebody I’ve seen in the library. We can talk about something in common, because of books. Our library creates a common thread that unites the community. To me, it’s like the heart of Qualicum.

CUPE Local 401 members who work at Vancouver Island Regional Library (VIRL) have given their bargaining committee a strong strike mandate in a vote that was counted on December 14.

“These workers are just asking to be treated fairly,” said CUPE 401 President Blaine Gurrie. “Hopefully the employer will rethink their demands and will instead value the important services our members provide to more than 3 dozen coastal communities.”

Members are unhappy with the employer’s offer that includes major concessions; does not address issues around benefits; and implements schedules that create problems with work life balance and family time for members.

A strike vote was taken at five separate member meetings and by mail-in ballots after conference calls to remote communities.  Members voted overwhelmingly to go on strike if needed.

“Our members care a lot about the people and the communities they serve,” said Gurrie. “No one wants to go on strike. But the employer needs to get back to the table and seriously negotiate a fair contract.”

CUPE 401 represents more than 200 library workers providing services at Vancouver Island Regional Library, including a Books by Mail service to remote communities. They serve a large geographical area from Sidney, South Vancouver Island to Port Hardy and up to Haida Gwaii and Bella Coola, including many smaller islands.

There are no upcoming events.